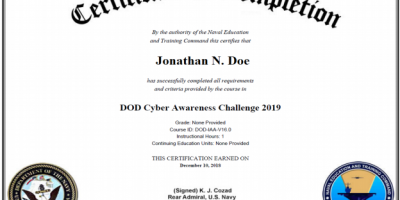 Anonymous is in the news again, this time for hacking Department of Defense contractor Booz Allen Hamilton (BAH), and disclosed log-in information for over 90,000 military employees. Anonymous released the documents on July 11 on The Pirate Bay as part of their “Military Meltdown Monday. The torrent file is around 190MB and included the log-in of personnel from US CENTCOM, SOCOM, USMC, Air Force, DHS, Department of State, and other contractors.

The Booz Allen web site has confirmed the posting of certain files, and stated that a full review of the nature and extent of the attack is underway.